Southern live oaks are majestic trees that are emblems of the South. When given enough room to grow, their sweeping limbs plunge toward the ground before shooting upward, creating an impressive array of branches.

Crowns of the largest southern live oaks reach diameters of 150 feet nearly large enough to encompass half of a football field! On average, though, the crown spread is 80 feet and the height is 50 feet. Branches usually stem from a single trunk, which can grow to 5 or 6 feet in diameter.

Unlike most oak trees which are deciduous, southern live oaks are nearly evergreen. They replace their leaves over a short period of several weeks in the spring. Sweet, tapered acorns produced by the trees are eaten by birds and mammals, including sapsuckers, mallards, wild turkey, squirrels, black bears, and deer. The threatened Florida scrub jay relies on the scrub form of the southern live oak for nesting. Other birds make use of the moss that frequently hangs from the tree branches to construct nests.

Typical Lifespan: Southern live oaks are fast growing trees, but their growth rate slows with age. They may reach close to their maximum trunk diameter within 70 years. The oldest live oaks in the country are estimated to be between several hundred to over a thousand years old.

Habitat: Southern live oaks grow well in salty soils and in shade, which makes them great competitors against other less tolerant trees. Southern live oaks are confined to warm parts of the country, though, because of their inability to survive freezing temperatures. These trees grow in the wild, but they’re also popular ornamental plants with many southerners.

Range: As their scientific name Quercus virginiana suggests, southern live oaks are found in Virginia, and from Virginia south to Florida and west to Texas and Oklahoma.

Life History and Reproduction: Flowers of the southern live oak aren’t bright and showy like those of some other trees. They are small, brown, and pollinated by wind in spring. Acorns fall in autumn and serve as a food source for many animals. 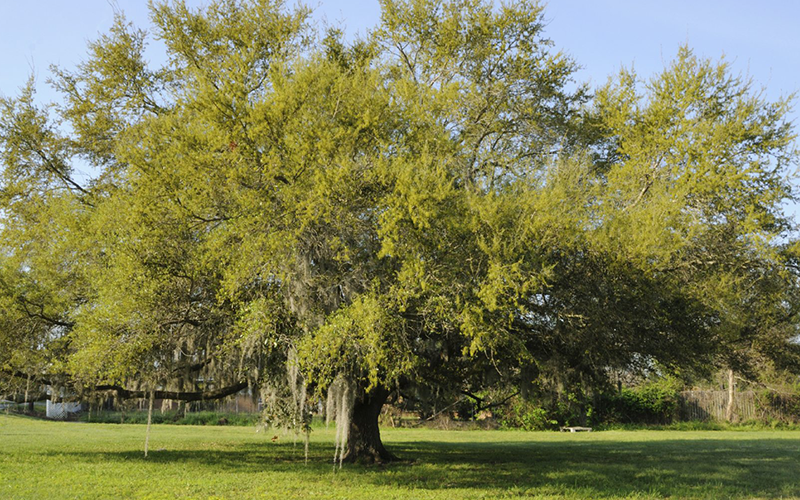 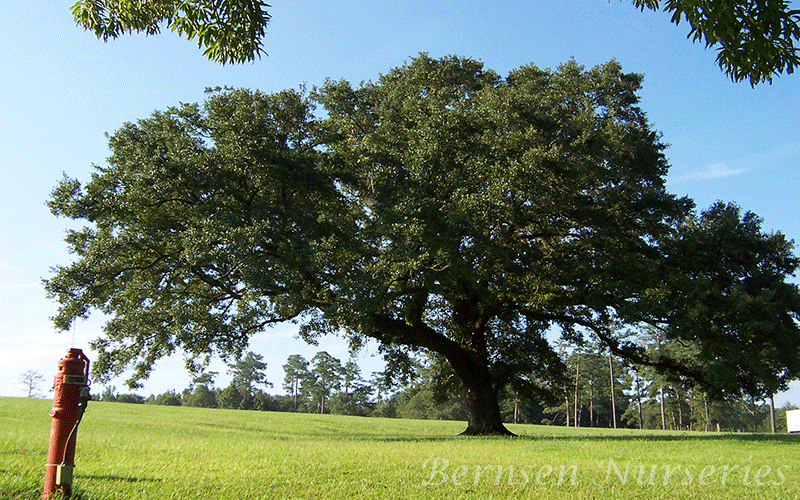