The balsam apple belongs to the genus Momordica, a little known genus of the squash family. They do well under Florida conditions and can be grown as warm weather vegetables. They are very popular in oriental countries such as Malaysia, Vietnam and China.

The balsam apple is found through Florida as a weed in hammocks, disturbed sites, turfs, ornamental landscapes, yards and citrus groves. It is a very aggressive weed-vine and will climb over fences, trees and plants. Birds usually distribute the seed of this plant in the wild.

Use: All parts of the plant are used in folk medicine. The rind is sometimes dried and used in medicinal preparations. The unripe fruits are boiled and eaten in the orient. Cooked leaves when drained of the bitter liquid are said to be edible. Aril covering the seeds is edible.

Because of their vining habit of growth they are sometimes used as ornamental vines to cover fences, porches and arbors.

Culture: Balsam apple can be grown in home gardens using the same practices used to produce cucumbers. Provide enough space or a trellis for the vines, as they can grow more than 10 feet long.

They should be planted in full sun, in loose, rich and well-drained soil. Water the plant regularly during the summer to avoid wilting of the vines and flowers. As with other cucurbits, plant the seeds directly in beds when the danger of frost is over, treat them as annuals.

The plant: As most cucurbits, the plant is an annual running vine. The leaves are alternate and deeply notched into five to seven lobes. The lobes of the blades are rounded to pointed and usually have teeth on the margins. The flowers are yellow and occur singly on stalks bearing a modified leaf near the middle. The fruit of the balsam apple is about 3 inches long, egg shaped, pointed, bumpy, ribbed and golden yellow to bright orange when ripe.

At maturity, the fruit breaks, bursting open along the three valves. The orange pulp contains the seeds that are covered with a bright red sugary tissue that enclose the seeds. The seeds are elliptic, flat and about a half-inch long. The balsam pear, also called bitter melon, is 406 inches long, oblong, pointed with warty furrows extending lengthwise. When fully ripe, it splits into three sections. Both balsam apple and balsam pear immature fruits are boiled as a vegetable. 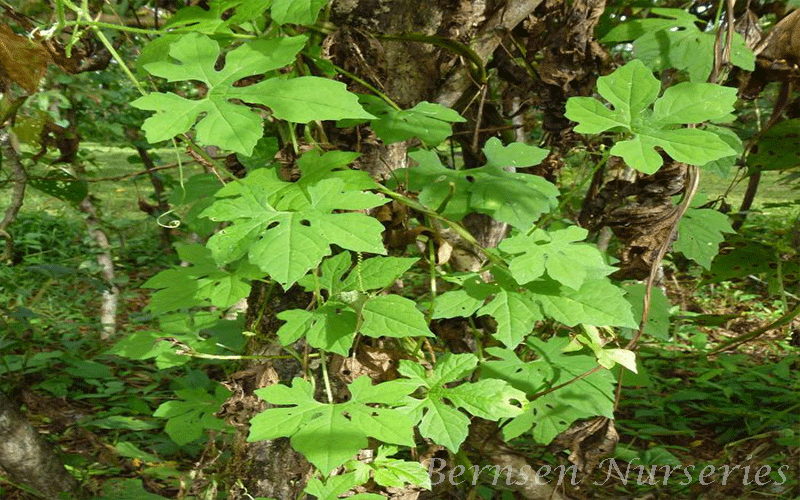 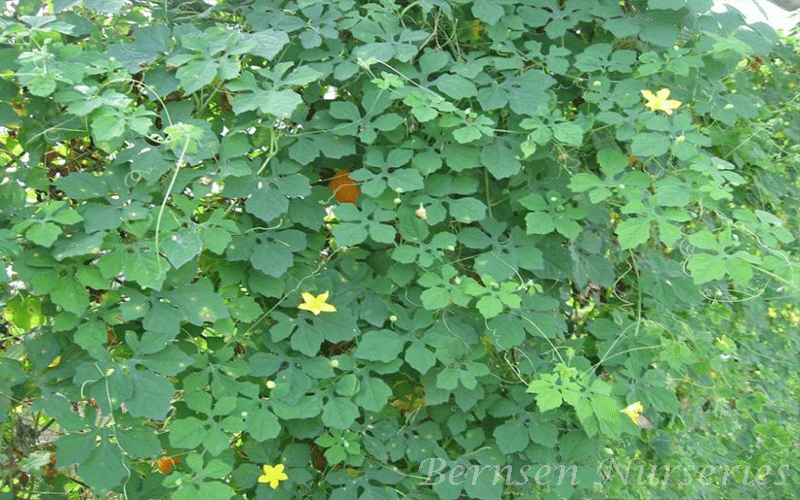 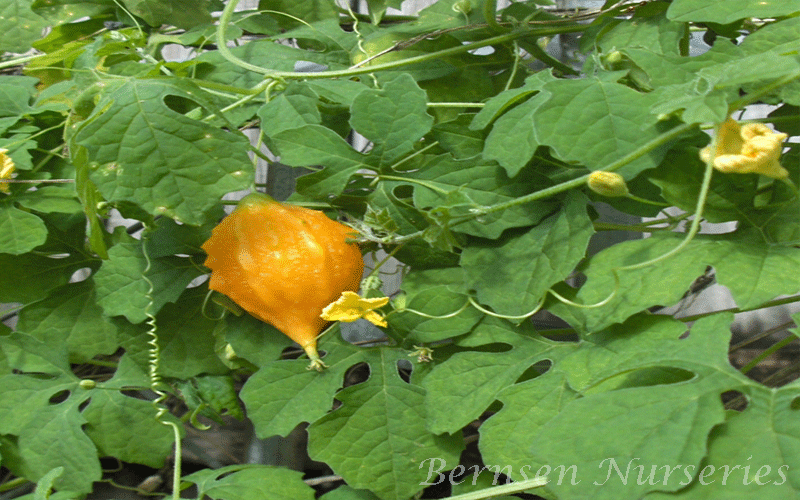